８８ Extinction of dinosaurs【Past and Future】Dialogue with the Universe
・6.5million years ago,the collision of a meteorite 10km in diameter to Earth of the dinosaurs planet.
・The clash formed crater of over 250km in diameter(15 ~ 25km depth) in the falling
point(off the Yucatan Peninsula).
・The body of meteorite vaporized by heat of impact vaporization, and dust spreaded into the atmosphere.
・Rock at falling point melted by the heat and splattered around.
・Atmosphere became opaque by dust and sunlight could not reach the surface, the earth was cooling.
・In addition to dinosaurs, many creatures became extinct in order to can not adapt to the rapidly changing environment. 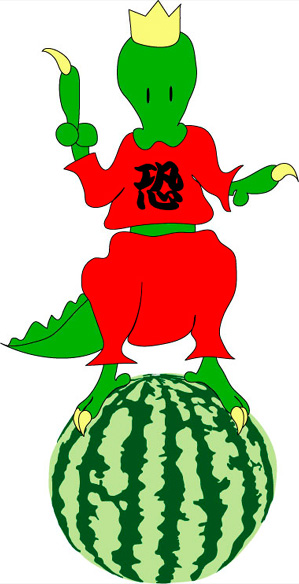