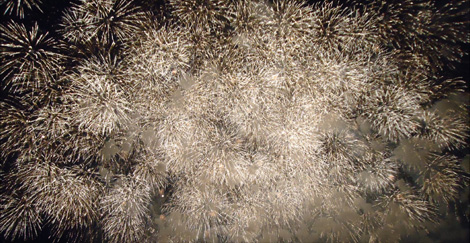 ※ Radius of the universe is about 45 billion light-years.( The theoretical value calculated from redshift.)
※ The number of galaxies is about one trillion.
※ The end of the universe is moving away from Earth at a rate of about 3.5 times the speed of light. (Which appears to be viewed from any galaxy, other galaxies are uniformly distributed, as moving away at a speed proportional to the distance)