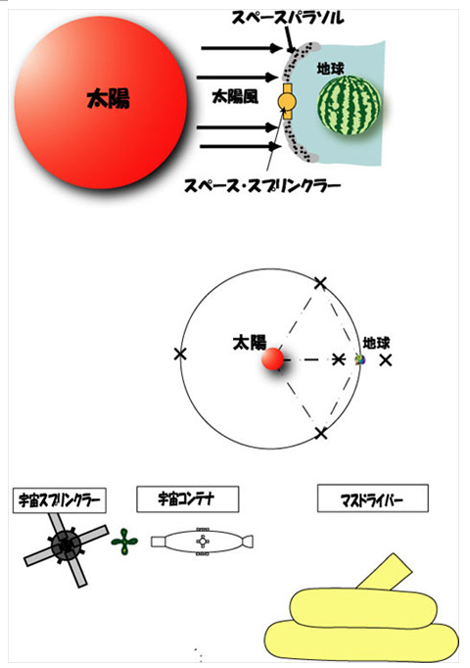 ７６−２ Similar Project
○Initial proposal (1989) [1]
：Produce parasols on the moon, and float into space.・・・The parasols are too heavy.

７６−３ Move the Earth [2]
1982  Proposal of Mieczyslaw Taube
・Arranging a huge pulse fusion rocket engine on the equator of the Earth, and moving the Earth to the Jupiter orbit.
・In this project Earth's mass is released 10% between 1 billion years.
・・・Mottainai！