７０−１ The Wall of Time
At a rate of traditional space ship it takes
・5 months to Mars. [1]（It takes 2.6 years to round trip due to the revolution of the Earth and Mars.）
・20 to 30 years to out of Solar System
・30,000 years to go to our nearest neighbouring star, Alpha Centauri (distance: four light years). [1]

７０−２ A New System：Laser-Powered Engine
：Propulsion of spacecraft is obtained by irradiation of the laser to the sail. (Use of Solar wind is also possible)
：The system can propel spacecraft to 30% of lightspeed. [1]
：This could get a 100 kilogram robotic craft to Mars in three days.( A craft occupied by humans would take slightly longer -- but at a month.) [1]

○Development status of laser propulsion system
1973−1975 Mariner 10(USA) which flew by the planets Mercury and Venus demonstrated the use of solar pressure as a method ofattitude control in order to conserve attitude-control propellant. [4] [5]
2010 Japan Aerospace Exploration Agency (JAXA) launched the world's first interplanetary solar sail spacecraft"IKAROS" (Interplanetary Kite-craft Accelerated by Radiation Of the Sun) to Venus. [4]
2015 Light Sail-A (The Planetary Society) was successfully tested to deploy a solar sail.
2016  The Team of Stephen Hawking and Yuri Milner proposed making a journey to Alpha Centauri.（⇒No.７０−５） 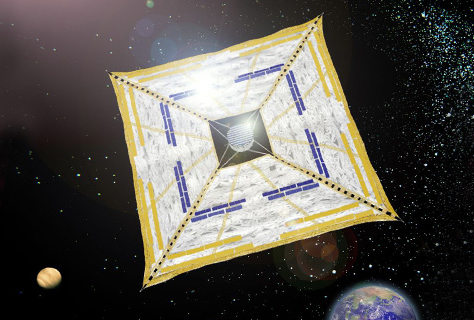 ７０−３ Antimatter Spaceship [6]
・Causing the "annihilation" of positrons and electrons to get the driving force of the spacecraft.
・Expected to be 40% of the speed of light.
・10 years to go to our nearest neighbouring star, Alpha Centauri (distance: about 4 light years).

７０−５ A Plan to Build Interstellar Spacecraft：Breakthough Starshot [7]
○2016  The Team of Stephen Hawking and Yuri Milner proposed making a journey to Alpha Centauri.
○The craft will have a solar sail, a few meters across and weighing a few grams.
○And the craft will reach 20% of the speed of light—fast enough to reach Alpha Centauri(distance: about 4 light years) in 20 years.
○The team calculates the laser technology will be ready in a few decades’ time. （Energy source is nuclear fusion.（⇒No.７２）） 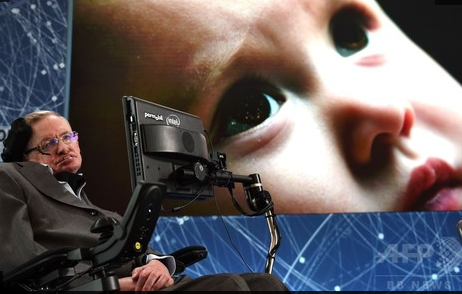