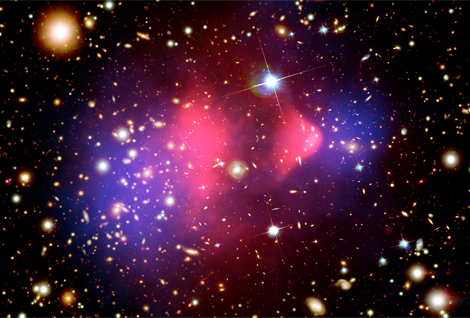 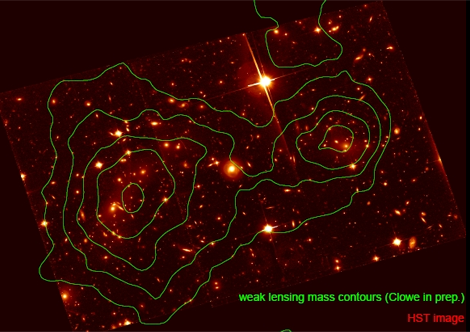 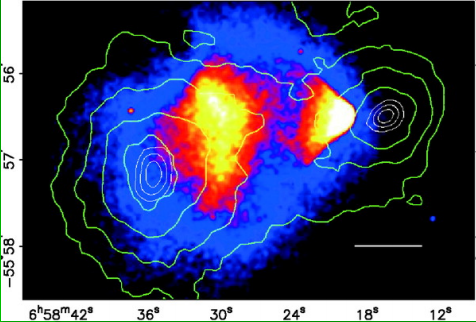 ８８−２ Structure of the Universe／Fluid simulation of the dark matter [5] [6]
＜Setting＞
・It is necessary to devise for reducing the amount of calculation. (About 550 billion pieces of dark matter particles [7]）
・Short-range force is solved by Barnes-Hut treecode(solving properly because the influence is large), long-range force is solved by particle/mesh simulation(summarized because the influence is small).
・In particle/mesh simulation the amount of calculation dramatically increased as the structure develops, but it is prevented by Barnes-Hut treecode.
・Dark energy does not affect much in structure formation. 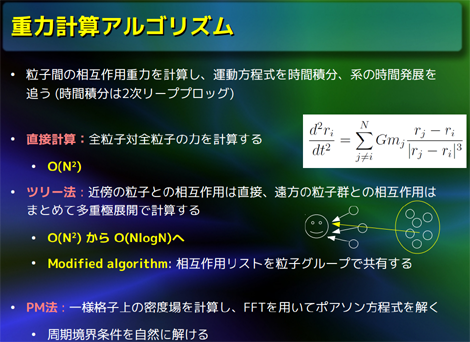 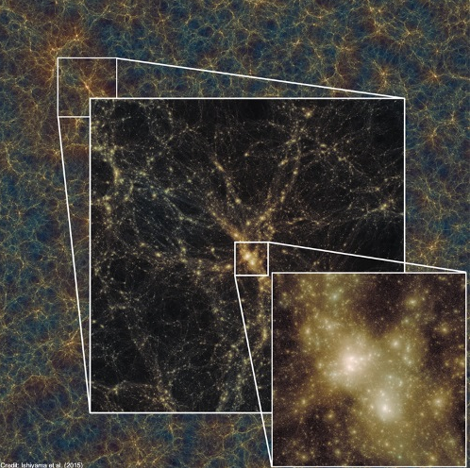 ８８−３ What is Dark matter？
○ Mass of dark particles(particles of dark matter) is 0.3 pieces of hydrogen atoms. [8]
○Density：Dark matter that is included in the earth is 500g. [8]
○Supersymmetric particles are candidates for dark matter. [9] 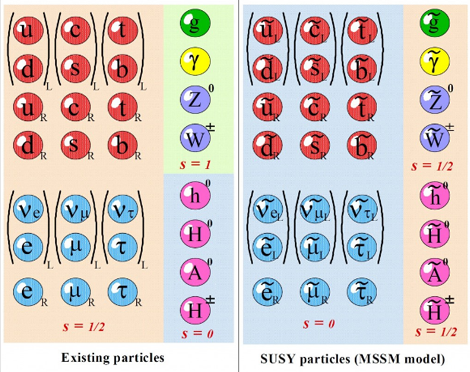 ☆Dark matter may be a superposition of gravity waves?

８８−４ Gravity of dark matter
８８−４−１ Nature of gravity is different?
・Gravity of Substance is represented by F＝G・ｍa・ｍb／square of L.
（G：gravitational constant、ｍa・ｍb：mass、L：distance）
・Dark matter, despite about５ times presence of Substance, is distributed spherically around the galaxy.
・From the above, assuming Gravity of Dark Matter to be represented by
Fd＝Gd・ｍa・ｍb／n-th power of L,
n is estimated that less than 1.
（Gｄ：gravitational constant of Dark Matter）
・However, it is difficult to explain the attraction between the substance and the dark matter in this assumption.

☆ If dark matter is a superposition of gravity waves, this idea is not necessary.

８８−４−２ A Structure of Dark Matter 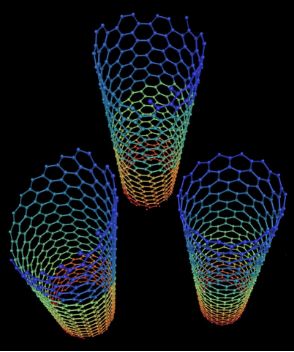 ８８−４−３ Method of verifying the structure of dark matter：Gravity wave analysis experiment in outer space
☆ When the dark matter has a structure, the gravitational wave is strongly scattered at a specific angle.
☆ Therefore, gravity waves with different strengths will be observed at different places in outer space. 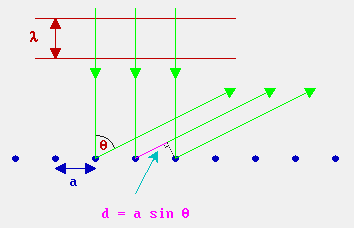 ８８−４−４ Twist of Supersymmetry [8]
：In the supersymmetry, bose particles (that convey the force) is the material particles.