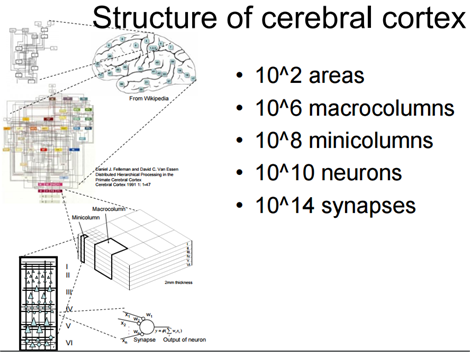 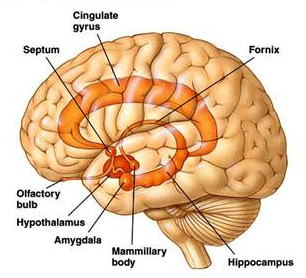 ＜Countermeasure＞
○Coping: Repeating measures while firmly recognizing stress can activate the frontal lobe and suppress the activity of the amygdala. [16] [17]
○Recovery of the hippocampus and reduction of the amygdala have been confirmed even in mindfulness that aims consciousness of the body and respiratory sense without thinking about the past and the future. [17] [18]
○The action of genes secreting nerve growth factor "VGF" is activated by exercise. [19]
○Oxytocin secreted from the pituitary gland by massage also calms the excitement of the amygdala. [20] 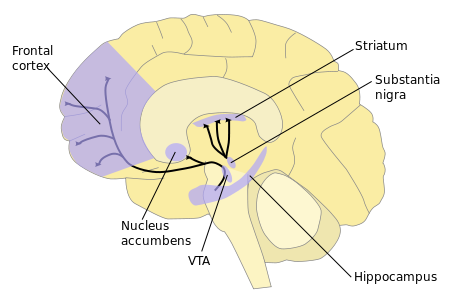 ３９−３−３−１ The effect of three hormones
○Oxytocin
・The positive effects of upping oxytocin are most likely because oxytocin supports your brain's serotonin, the feel good neurochemical. Many serotonin producing neurons also have oxytocin receptors; when oxytocin is released, serotonin gets a boost too. Plus, oxytocin also calms the reactivity of the amygdala, the fear center of your brain, and strengthens its communication with brain circuits that help you control emotions. [23]

○Dopamine
・Dopamine is involved in the remuneration system, and plays an important role in motivation, learning, memory, etc. [24] In extreme terms, humans live for the purpose of secretion of dopamine.
・Dopamine has a role of suppressing motor nerves. (Acetylcholine promotes excitement)

※Dopaminergic neurons and their projections [25]

３９−４ Situation of brain science research
○BRAIN initiative [26]
The BRAIN Initiative (Brain Research through Advancing Innovative Neurotechnologies, also referred to as the Brain Activity Map Project) is a proposed collaborative research initiative announced by the Obama administration on April 2, 2013, with the goal of mapping the activity of every neuron in the human brain. Based upon the Human Genome Project, the initiative has been projected to cost more than $300 million per year for ten years.

○Human Brain Project [27]
The Human Brain Project is a large 10-year scientific research project, established in 2013, coordinated by Henry Markram (École polytechnique fédérale de Lausanne) and largely funded by theEuropean Union, which aims to provide a collaborative informatics infrastructure and first draft rodent and human whole brain models within its 10 year funding period.The project is based inGeneva, Switzerland and was initiated by Markram.