○Almost people can live comfortably under the rotation of the spacecraft (more than 500m radius) in less than 1round per minute. [1] ○The time it takes to travel between them varies from six to eight months. [3] ○ By the way, MIT has succeeded in the development of artificial gravity generator！(2015)[5] 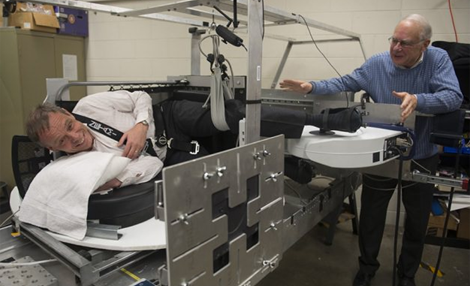 【References】
1. Space Colonization - Wikipedia
2. Annalee Newitz “Could you really have a space colony like the one in Elysium?”
3. “How long does it take to travel to Mars?”at Mars One
4. Loren Grush”SpaceX plans to send a spacecraft to Mars as early as 2018”at THE VERGE 2016
5. Jennifer Chu “Working out in artificial gravity”at MIT News 2015