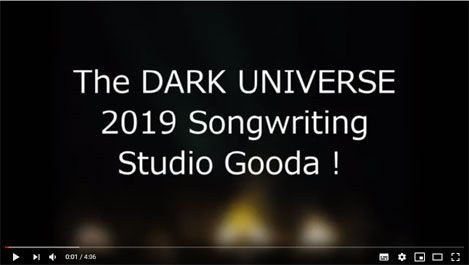 ９－１ Dark Matter・Dark matter is matter and energy, which is supposed to describe the structure of the universe and the operation of the galaxy. (Fritz Zwicky in 1934) [1]・It is named darkness from the fact that is not only not emitting light but also not reflecting.・Dark matter is distributed spherically around the galaxy.・From it is to us that can not be only three spatial dimensions recognition, dark matter can not be seen in motion in the other seven spatial dimension to us. [2]・Mass of dark matter is a kinetic energy of the particles(Elementary particle? In superstring theory, it is string that vibrates at a high frequency) in motion in the other seven spatial dimensions. [2]・It can be detected by the gravitational lens effect.

※True nature of galaxies [3]・Neutralino that is the lightest and stable particle in supersymmetric particles is one of the leading candidates for dark matter.・Neutralino, that is the partner of photon and Z boson or the the Higgs particle, and that is electrically neutral. It's spin is 1/2. So neutralino particles is such as relatives of neutrino.

・A site-specific one located in the Kitakami highland in the Iwate prefecture in northern Japan.(2013)９－３－３ Subaru Measurement of Images and Redshifts・SuMIRe (Subaru Measurement of Images and Redshifts) is a project to reveal the origin and fate of the Universe by elucidating the nature of dark matter and dark energy via imaging and spectroscopy. 【Reference】1. Why dark matter is assumed?1） By the third law of Kepler, from the orbital period and the semi-major axis of the two stars we can obtain the sum of the mass of the stars.Ｍ＝ａ＾3／ｐ＾2     Ｍ：Sum of the mass of stars（solar mass）ｐ：Orbital period（year）ａ：Semi-major axis of two stars（astronomical unit: au）2）When estimating the total mass of galaxies, based on the movement of the galaxy its periphery, the result is a few hundred times the mass which is estimated based on the total luminance of galaxies and the number of galaxies observed optically.3）Therefore, it is assumed that there are substances that are not visible.2. 「宇宙は何でできているのか」村山 斉(Japanese)3. Hitoshi Murayama “From the Big Bang to Dark Energy” Coursera of The University of Tokyo 4. Dennis SILVERMAN”More About Supersymmetry”5.Dark Energy, Dark Matter - NASA Science - Science@NASA【Change log】20180912 Protection of communication.20190120 Addition of 【New Song】The DARK UNIVERSE