２９ Gravitational Wave #Gravity #universe【YouTube 】Get younger with Carbonated Water? #AntiAging #CarbonatedWater【Project☆７】I believe that there is a slight resilience in the brain, I aim to overcome cerebral infarction in 7 days.First from carbonated water, with "Gooda! Formula rejuvenation check method".https://youtu.be/iEnBiw-lWBg 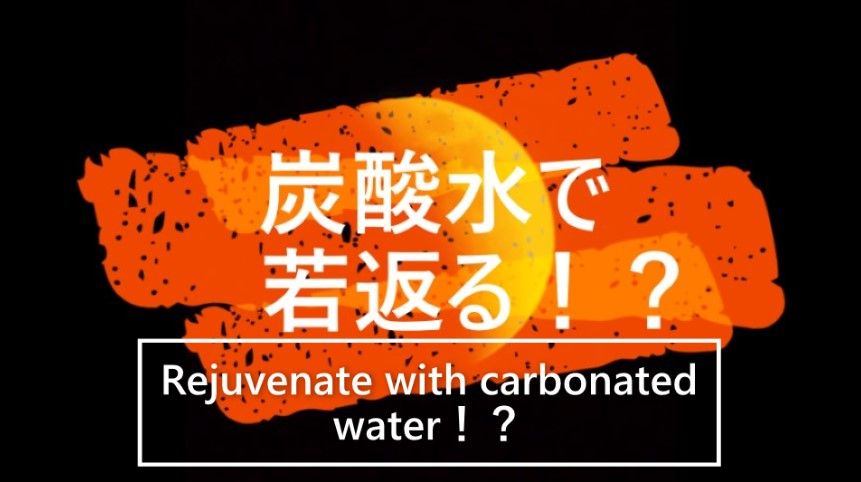 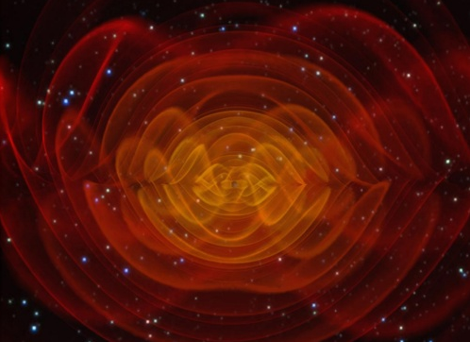 ※Gravitational wave generated from collision of two black holes (part 2) (ILLUSTRATION BY C. HENZE, NASA)○Expected gravity wave source：supernova explosion, binary system of neutron star • black hole, atomic gravity wave [1]※ Frequency of detection of gravity wave from coalescence of neutron binary stars：40 events / year [1]※ Frequency of gravitational wave detection from coalescing of binary of black holes: 0.4 ~ 1,000 events / year [6]○ Gravity is very weak compared to electromagnetic force：10 ^ -40times [7]○Wavelength of gravitational wave：1.5 × 10 ^ 7 m (Earth diameter：1.27 × 10 ^ 7 m) or more○"Gravitational waves go through everything. They are hardly affected by what they pass through, and that means that they are perfect messengers," said Prof Bernard Schutz, from Cardiff University, UK. [3]○In the framework of quantum field theory, the graviton is the name given to a hypothetical elementary particle speculated to be the force carrier that mediates gravity. However the graviton is not yet proven to exist and no reconciliation yet exists between general relativity which describes gravity, and the Standard Model which describes all other fundamental forces.※In the closed string, the state with the lowest energy is gravity.２９－２ What can we know and what is possible by the gravitational wave？１）Direct observation of black holes２）Construction of quantum gravity theory, the integration of general relativity and quantum theory (construction of theory to integrate the four forces of the universe)３）Direct observation of the big ban and the earlier of the universe４）Communication in the universe or between the parallel universe ２９－２－１ Direct observation of black holes ○Nothing can escape from a black hole, so it is impossible to see one directly. (Quantum field theory does predict that black holes give off an extremely tiny amount of thermal radiation, but it's so little that it we can't detect it from Earth.)○Measurement of the waveform and amplitude of the gravitational waves from a black hole merger event makes possible accurate determination of its distance. [8]○The accumulation of black hole merger data from cosmologically distant events may help to create more precise models of the history of the expansion of the universe and the nature of the dark energy that influences it. [8]２９－２－２ Construction of quantum gravity theory, the integration of general relativity and quantum theory○One of the difficulties of quantum gravity is that quantum gravitational effects are only expected to become apparent near the Planck scale, a scale far smaller in distance (equivalently, far larger in energy) than what is currently accessible at high energy particle accelerators. [9]○A quantum gravity theory is required in order to understand problems involving the combination of very high energy and very small dimensions of space, such as the behavior of black holes, and the origin of the universe. [9]２９－２－３ Direct observation of the big ban and the earlier of the universe○What is currently observable is only the surface of the big bang.○If we observe primordial gravitational waves, the inside of the big bang can be seen. Their detection exclude different models of inflation. Their detection exclude different models of inflation.※The universe expanded approximately 10 ^ 30 times in the inflation era. In addition, since the transition to Friedman space-time, The universe inflated about 10 ^ 60 times together. Therefore, information of the initial Planck scale has not been disturbed by the Big Bang which come after inflation.２９－２－４ Communication in the universe or between the parallel universe○Because graviton travels through the extra dimensions, communication of between parallel universes of using the gravitational waves can be expected. [10] [11]２９－３ Observation of gravitational waves２９－３－１ LIGO（Laser Interferometer Gravitational-Wave Observatory）○LIGO is one side of the 4km michelson laser interferometer.○LIGO succeeded in direct observation of gravitational waves in 2015. [3] [4] Gravitational waves are a prediction of the Theory of General Relativity. 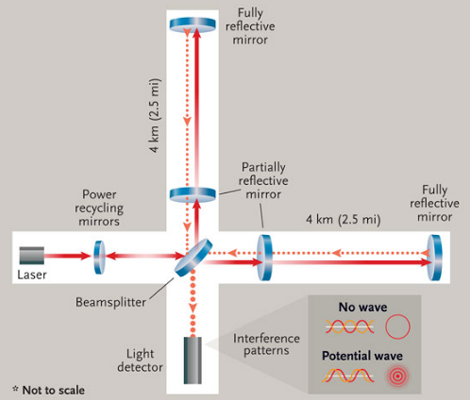 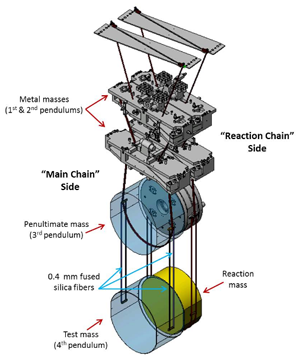