☆If you use panels as parasol, you can lead to cost down by linking to "Ｎｏ．７０−４ Space Solar Power Systems：SSPS". 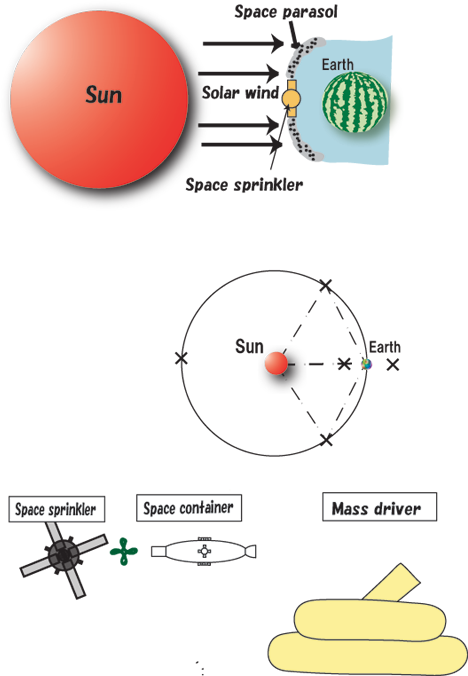 ７１−２−２ NASA’s plan(2001) [3]
・It uses the the same techniques to deflect asteroids or comets heading towards Earth to control the orbit of the Earth.
・We just require delicacy of planning and manoeuvring for avoiding an adverse influence on the Earth and the moon.