☆In order to provide a learning and creative abilities comparable to the brain in artificial intelligence, it is necessary to incorporate a growing system or to impart a large margin.

４０−２ Road to GAI
４０−２−１ Learning and intuition [1]
・By combining the mechanism of reinforcement learning and Bayesian network learning, the computer autonomously learn the program without a teacher.
・Computer with Bayesian network that has been subjected to simple extension will have the same function as intuition.

４０−２−２ ＡＩ
・In computational neuroscience, there is a theory that we can explain statistically about the main features of the cerebral cortex(:recognize the situation of the external world and learn).
・According to this theory, in the neural circuits of the cerebral cortex, the method( for optimal choice by probability calculation or estimation) that is less than the amount of calculation which is performed with current computer is done.
・Computational speed of supercomputers is already beyond the brain.
・It is said that after 10-20 years there is a possibility that small computers with the ability to achieve human-like recognition and learning are there.

４０−２−３ Quantum mind [2]
British mathematician, astrophysics and theoretical physicist Roger Penrose (Roger Penrose, 1931-) has presented the hypothesis that there is deep relationship between information processing and quantum mechanics in the brain.
He says, basic and simple unknown attributes that becomes the original of a consciousness has been associated in each elementary particles. When the wave function is contracted in microtubules of neuron, at the same time the unknown attribute combines on, and high level consciousness of the organism occurs.

４０−２−４ Quantum computer
Quantum computer make direct use of quantum-mechanical phenomena, such as superposition and entanglement, to perform operations on data. Quantum computers are different from digital computers based on transistors. Whereas digital computers require data to be encoded into binary digits (bits), each of which is always in one of two definite states (0 or 1), quantum computation uses quantum bits (qubits), which can be insuperpositions of states.
This parallel processing, it is can be solved in a few tens of seconds in calculation which can not be solved even if it takes thousands of years in the current super computer. [3]

Since the operation of this circuit does not consume little power, the power consumption associated with the increase in computing power ( for peripherals to shield superconductor circuit from the external magnetic field and to keep the temperature close to absolute zero) does not increase so much.
This is a major difference between conventional computer based on semiconductor technology. 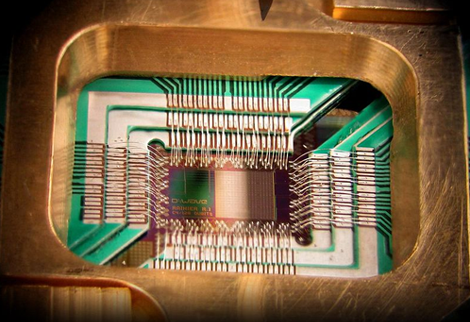 ※ D-Wave, Inc. has published a list of the technical literature on the web site. [5]

※Quantum annealing is known to be equivalent with a calculation method by quantum gates theoretically. [6]

４０−３ Meeting with non-life intelligence! [7]
If consciousness is due to the attributes of the elementary particles, with the advancement of quantum computers, AI also might have Consciousness！

☆ This is slightly different from the theory of Penrose.
☆It is unknown whether consciousness is due to the attributes of the elementary particles (as Penrosu say) .
☆ Now, I can say, that there is a possibility that GAIs will have true consciousness！